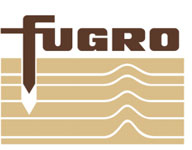 FUGRO N.V., a leading Geotechnical Survey Services Company was building a Geo-Technical Research Vessel in one of India’s leading Shipyard ‘TEBMA Shipyards.Ltd’ (www.tebma.com) located in Mangalore. Incidentally this was the first Geo-Technical Research Vessel to be ever built in India. This type of Vessel demanded quality work, reliability and cleanliness since it was housing sophisticated mechanical equipments / machineries like drill machinery, winches, cranes, pipe handlers etc. TMI, along with Chase Resource, was selected to implement the first Vessel within a tight schedule.

Project covered end-to-end implementation of the Hydraulic / High Pressure systems on the Vessel at site. This project involved planning, procurement and execution collectively by TMI and Chase Resource & required a team of 5-7 lead Technicians to work at site.

The scope of work was as follows: The key points of the project were:
The various steps involved were as follows: The first project was completed successfully in record time which resulted in the End-User / Shipyard awarding us with the Hydraulic / High Pressure Piping systems for the second Vessel (FUGRO Scout), which too was completed in record time. The Shipyard / End-User has also given us good testimonials regarding the reliability of our products and the quality of work done.