A leading glass fibre reinforcement company was building a state of the art 80,000 ton glass Melter at its existing facility in Mumbai.

The facility was to be inaugurated in January, but due to some issues it was delayed. The management sensed that the piping in the project would be delayed as they were employing welding in their piping which would take lot of time. They also had the shortage of skilled welders.

They decided to go to Pyplok®, as they wanted the project to be completed in one months time.

We were given an order to supply around 2000 Pyplok® fittings for the binder area lines and the utility piping lines. 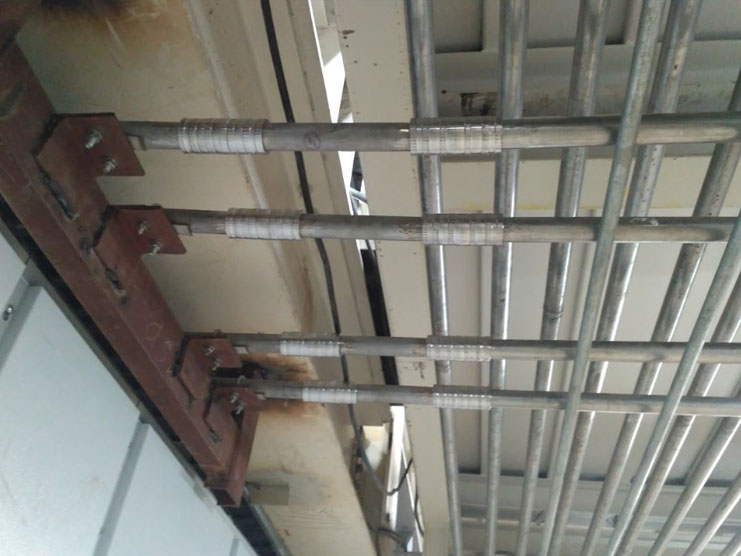 The piping sizes included sizes from ½” NPS to 2” NPS of both Stainless Steel and Carbon Steel.

We had also supplied special pipe bend – Pyplok® combos to suit tight 90 to 90 bend areas as shown below:- 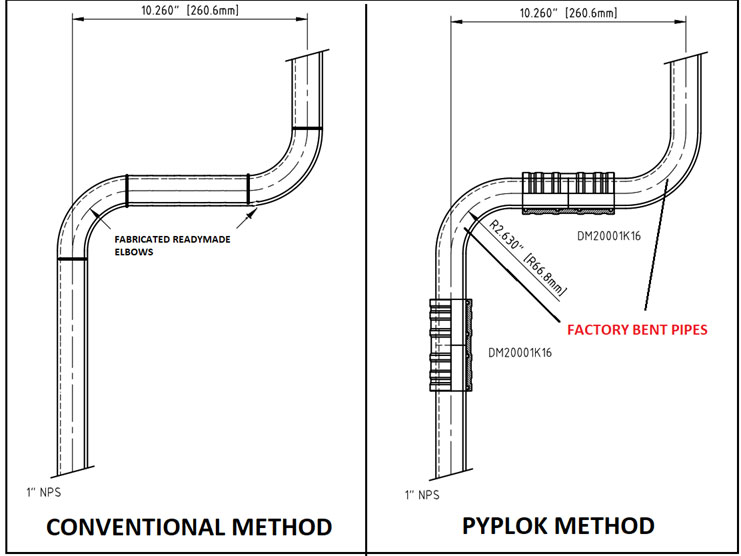 But to save costs and time (to make the forged elbows) we used the Pyplok® method shown where we had send two factory bent pipes and two straight couplings as a replacement. This ensured that we could reduce the cost and time as forged elbows would take 2 weeks to make and the customer required the fittings immediately. 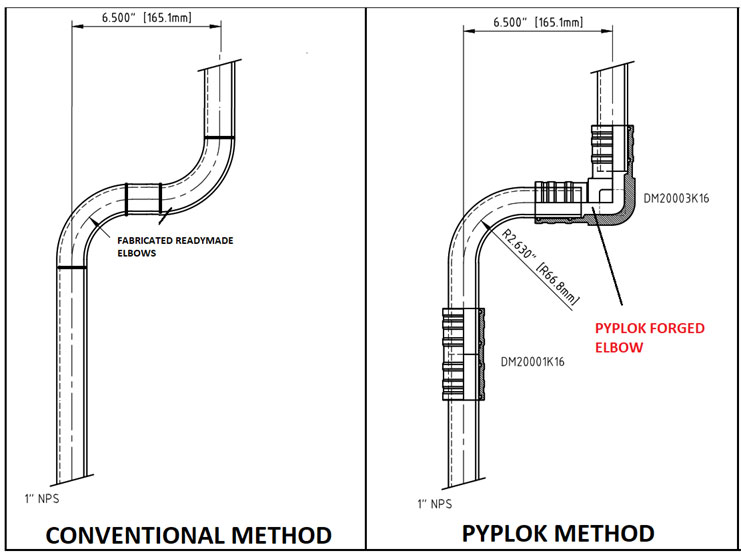 As seen in the above diagram for tight 90 to 90 bend distances, to use Pyplok® as a replacement for the conventional method, we will have to use two Pyplok® forged elbows at the 90 bends. But to save costs and optimize time (to make the forged elbows) we used the Pyplok® method shown where we had sent one factory bent pipe and one straight coupling and one forged elbow as a replacement. This ensured that we could reduce the cost and time as we could optimize the use of our forged elbow in stock (which was limited) for situations where pipe bends cannot be used.